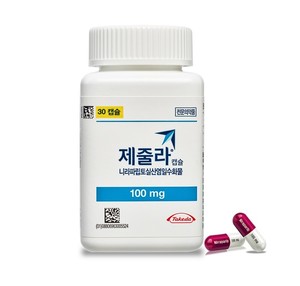 According to a recent study by researchers from UMass Chan Medical School and Clark University, checking in with prospective couples as part of antenatal obstetrical visits shows promise as a feasible way to strengthen their relationship and can reduce risk factors for perinatal mood and anxiety disorders. The Stage I open-label, non-experimental proof-of-concept study appeared in Journal of Clinical Psychology in Medical Settings.

“Having a baby could actually be one of the most stressful things to happen in a relationship,” co-author Tiffany Moore said Simas, MD, MPH, MEd, the Donna M. and Robert J. Manning Chair in Obstetrics and Gynecology and President and Professor of Obstetrics and Gynecology. “Wouldn’t it be nice if we actually recognized that and talked about ways to strengthen people with certain skills in advance?”

Dr Moore Simas said that one of the risk factors for maternal perinatal depression is not having a supportive partner. “And so, if you can fix that and mitigate it, there’s potential for significant positive benefits there.”

The Prenatal Relationship Checkup, developed by Ellen Darling, PhD, a Clark University principal investigator who is now a clinical psychologist in private practice, tested an adaptation of the “Marriage Checkup,” an evidence-based intervention for relationship distress , which was originally developed by co-author James V. Cordova, PhD, professor of psychology, and colleagues at Clark University.

According to Dr. Darling, one of the goals of the relationship checkup was to involve a wide range of couples before problems took root, and in doing so, to protect the outcomes for mother, partner, and child. child.

“The well-being of our intimate relationships is tied to individuals’ psychological health, individual physical health and child outcomes,” Darling said. “So by dealing with relationships, we can see the full-line effects on an entire system.”

Darling added that many risk factors for postpartum depression — young age, poverty, adverse life events — are difficult to address directly. But relationship distress and lack of social support can be treated and targeted.

The debriefing consisted of a one-hour assessment followed by a feedback session. It offered individualized treatment tailored to the specific needs of each couple and was designed to bridge the gap between educational workshops and traditional marital therapy.

Couples completed several questionnaires with self-reported clinical outcome measures before and after the feedback session, and qualitative data was collected by soliciting feedback on open-ended questions probing participants’ experience of the intervention.

Researchers have found that pre-baby relationship checkup is safe, doable, and acceptable for couples. Seven of the nine couples who completed the intervention noted that their participation generated positive feelings. Both men and women said the intervention facilitated a non-threatening discussion about their relationship. Couples also overwhelmingly said that co-locating sessions at their obstetrician’s office made it easier for them to attend.

While the sample size was small, limiting generalizability, over the course of the intervention, women’s depression scores decreased significantly, while their perception of partner support increased significantly. Although only tending to be significant, women also demonstrated a moderate decrease in anxiety symptoms and an increase in intimate security.

“The reason this is so important is that when we think about health, we often think about health as individuals. But health always happens in the context of a unit, and it’s often a family unit,” said co-author Nancy Byatt, DO, professor of psychiatry, obstetrics and gynecology and Demographic and Quantitative Health Sciences at UMass Chan. “What is innovative about Ellen’s [Darling] work is that she connects parents and does an intervention that focuses on parents during a time when people are highly motivated to change. Because change is hard.

Dr Byatt, who founded and developed the Massachusetts Child Psychiatry Access Program (MCPAP) for moms, said the relationship checkup could be an “evolving” way to incorporate couples-targeted intervention into midwifery practices. because of its brevity.